Lubricants for the Nonferrous Forging Industry 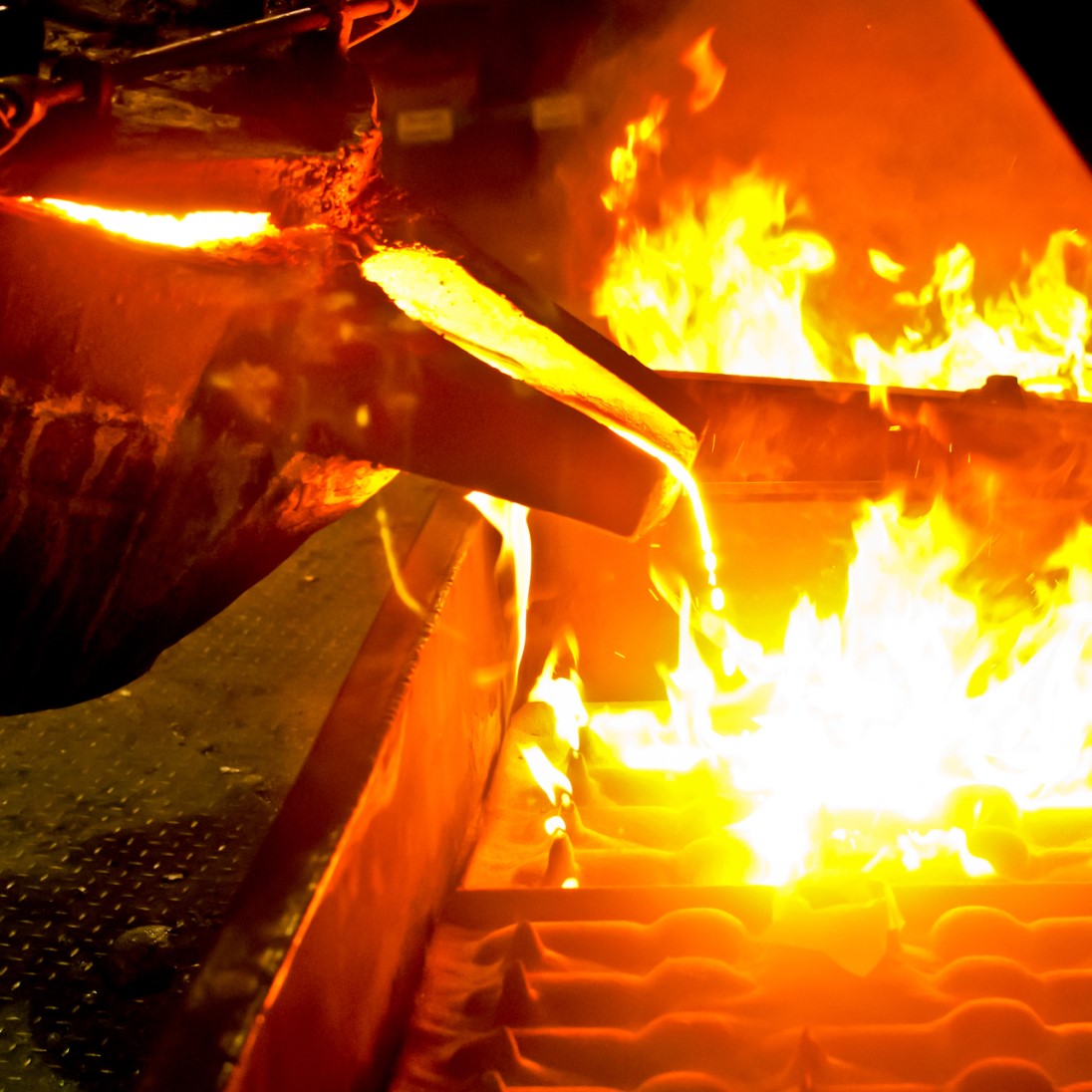 The formulations of lubricants used by forgers have changed considerably over the years in response to optimal manufacturing performance, as well as environmental and safety concerns in the forge shop. This article examines effective lubrication systems in use today for nonferrous forging applications.

Typical oil-based lubricant applications were often accompanied by flames and smoke.
According to the U.S. Department of Commerce’s Census Bureau, there were 425 firms in 2006 in the U.S. engaged in forging either steel or nonferrous metals. Nonferrous firms accounted for 16% of this total. Within the nonferrous industry classification, aluminum was the metal most often forged.

Multiple factors play a role in making aluminum a top choice in the manufacturing industry. It is the most abundant metal in the earth’s crust and is extremely resistant to corrosion. Forged aluminum offers a highly advantageous strength-to-weight ratio. Aluminum and its alloys can be forged into a wide variety of shapes. Forged parts can range from a few ounces used in mountain-climbing equipment up to several tons for support beams used in jet aviation. Low-strength alloys of aluminum tend to be much easier to forge than steel, while high-strength alloys such as 7075 require much higher pressures. Another key feature of aluminum forging is that the dies can be heated to the same temperature as the stock to minimize energy transfer to the dies. While this offers advantages in terms of die design, it creates challenges in lubricant formulation.

Other nonferrous forging areas representing spectral opposites in terms of facility of metal movement are brass and titanium. Brass forgings are used in numerous industries including architectural, automotive, health care and the military. Brass, an alloy of copper, is typically forged on mechanical presses in one or two hits in a finish die. Since the material is more easily forged than ferrous and other nonferrous metals, a great amount of detail is often incorporated into the finish die. The difficulty this poses to lubricant formulation is providing sufficient metal movement to fill the die without building up in the die. Lubricant buildup in the die causes non-fill. The slightest amount of buildup often results in washout of lettering on the final forging. Scraping the lettering with a straight edge will result in complete removal of the detail. Another problem arising from a poorly designed lubricant is entrainment of the lube within the forging. This is identified only during inspection of forged parts.

Another nonferrous metal, titanium, is typically more difficult to forge than brass and aluminum and presents many issues in lubricant design. Titanium offers the highest strength-to-weight ratio of all metals. Its biocompatibility makes it an excellent choice for bone reconstruction as well as dental implants. It is used extensively in aerospace applications, where its high cost is offset by its strength, density and corrosion resistance.

One of the most common alloys of titanium, Ti 6Al-4V (6% aluminum and 4% vanadium), requires heating the stock to between 1600-1800°F. Die temperatures are typically maintained in the 400-500°F range for smaller forging operations on mechanical presses. For larger parts forged in hydraulic presses, dies are heated to between 800 and 950°F. In addition to lubrication at the press, glass coatings are often used to coat billets entering furnaces to limit exposure to oxygen and nitrogen during heating. For some titanium forgings used in nuclear power generation, there are restrictions as to which compounds may be typically used in forging lubricants.