Molecule of the Week: Boron Nitride 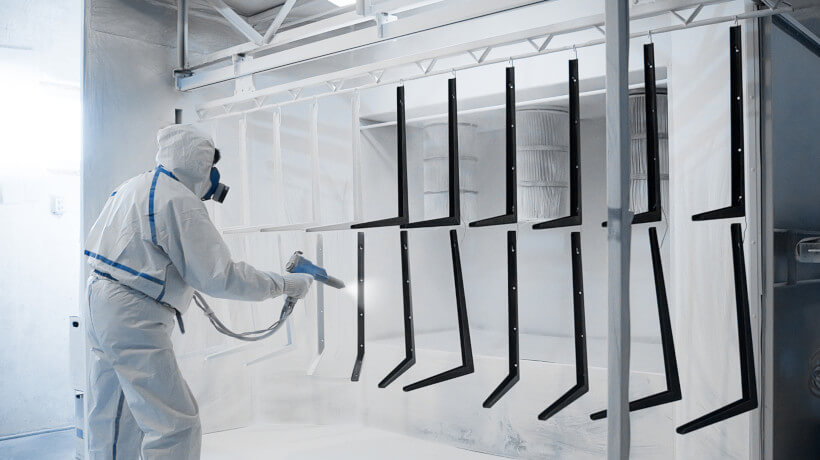 Boron Nitride is used for many things, but what exactly is it?

According to the American Chemical Society:

“The empirical formula of boron nitride (BN) is deceptive. BN is not at all like other diatomic molecules such as carbon monoxide (CO) and hydrogen chloride (HCl). Rather, it has much in common with carbon, whose representation as the monatomic C is also misleading.

“BN, like carbon, has multiple structural forms. BN’s most stable structure, hBN (shown), is isoelectronic with graphite and has the same hexagonal structure with similar softness and lubricant properties. hBN can also be produced in graphene-like sheets that can be formed into nanotubes.

“In contrast, cubic BN (cBN) is isoelectronic with diamond. It is not quite as hard, but it is more thermally and chemically stable. It is also much easier to make. Unlike diamond, it is insoluble in metals at high temperatures, making it a useful abrasive and oxidation-resistant metal coating. There is also an amorphous form (aBN), equivalent to amorphous carbon (see below).

“BN is primarily a synthetic material, although a naturally occurring deposit has been reported. Attempts to make pure BN date to the early 20th century, but commercially acceptable forms have been produced only in the past 70 years. In a 1958 patent to the Carborundum Company (Lewiston, NY), Kenneth M. Taylor prepared molded shapes of BN by heating boric acid (H3BO3) with a metal salt of an oxyacid such as phosphate in the presence of ammonia to form a BN ‘mix’, which was then compressed into shape.

“Today, similar methods are in use that begin with boric trioxide (B2O3) or H3BO3 and use ammonia or urea as the nitrogen source. All synthetic methods produce a somewhat impure aBN, which is purified and converted to hBN by heating at temperatures higher than used in the synthesis. Similarly, to the preparation of synthetic diamond, hBN is converted to cBN under high pressure and temperature.”

*As a powder; for solids or platelets, not a hazardous substance or mixture.